A (statistical) hypothesis test is a method of making statistical decisions about populations or processes based on experimental data. Hypothesis testing just answers the question of how well the findings fit the possibility that chance alone might be responsible for the observed discrepancy between the theoretical model and the empirical observations. This is accomplished by asking and answering a hypothetical question - what is the likelihood of the observed summary statistics of interest, if the data did come from the distribution specified by the null-hypothesis. One use of hypothesis-testing is deciding whether experimental results contain enough information to cast doubt on conventional wisdom.

The hypothesis testing is also known as statistical significance testing. The null hypothesis is a conjecture that exists solely to be disproved, rejected or falsified by the sample-statistics used to estimate the unknown population parameters. Statistical significance is a possible finding of the test, that the sample is unlikely to have occurred in this process by chance given the truth of the null hypothesis. The name of the test describes its formulation and its possible outcome. One characteristic of hypothesis testing is its crisp decision about the null-hypothesis: reject or do not reject (which is not the same as accept).

Use the Hot-dog dataset to see if there is statistically significant difference in the sodium content of the poultry vs. meat hotdogs. 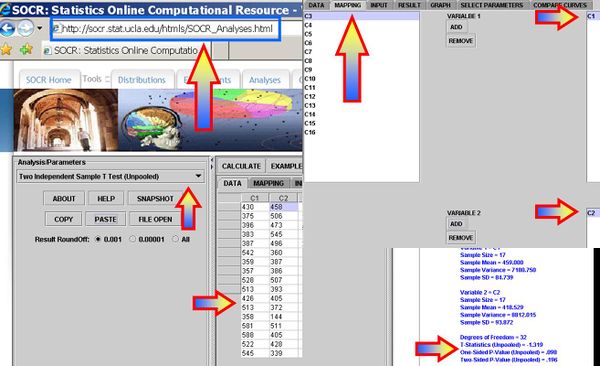