The Fisher's F distribution, and the corresponding F-test, is used to test if the variances of two populations are equal. Depending on the alternative hypothesis, we can use either a two-tailed test or a one-tailed test. The two-tailed version tests against an alternative that the standard deviations are not equal (\(H_1: \sigma_1^2 \not= \sigma_2^2\)). The one-tailed version only tests in one direction (\(H_1: \sigma_1^2 < \sigma_2^2\) or \(H_1: \sigma_1^2 > \sigma_2^2\)). The choice is determined by the study design before any data is analyzed. For example, if a modification to an existent medical treatment is proposed, we may only be interested in knowing if the new treatment is more consistent and less variable than the established medical intervention.

The higher the deviation of this ratio away from 1, the stronger the evidence for unequal population variances. 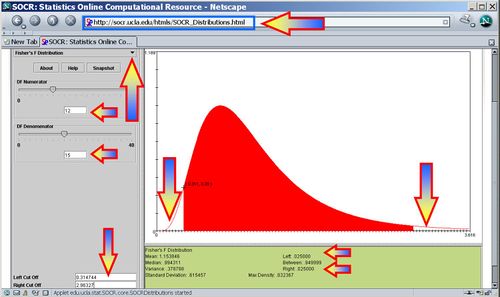 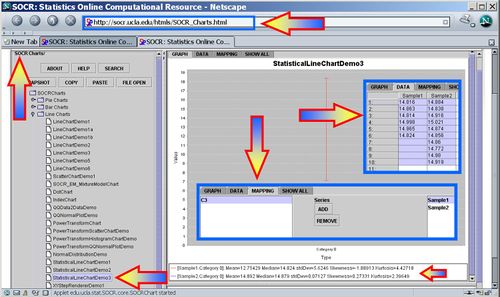 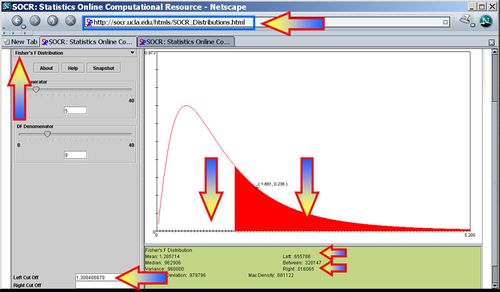