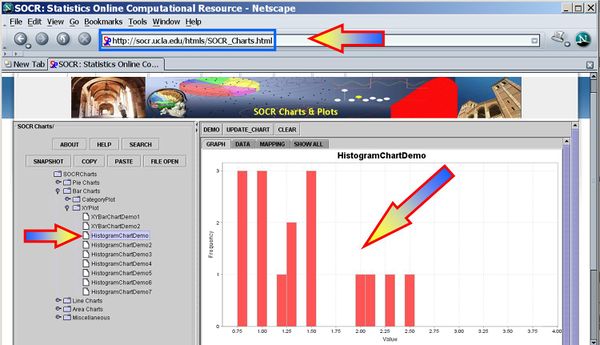 The sign test is a non-parametric alternative to the one-sample and paired T-test. The sign test has no requirements for the data to be Normally distributed. It assigns a positive (+) or negative (-) sign to each observation according to whether it is greater or less than some hypothesized value. Then it measures the difference between the \(\pm\) signs and how distinct is this difference from what we would expect to observe by chance alone. For example, if there were no effect of developing acute renal failure on the outcome from sepsis, about half of the 16 studies above would be expected to have a relative risk less than 1.0 (a "-" sign) and the remaining 8 would be expected to have a relative risk greater than 1.0 (a "+" sign). In the actual data, 3 studies had "-" signs and the remaining 13 studies had "+" signs. Intuitively, this difference of 10 appears large to be simply due to random variation. If so, the effect of developing acute renal failure would be significant on the outcome from sepsis. 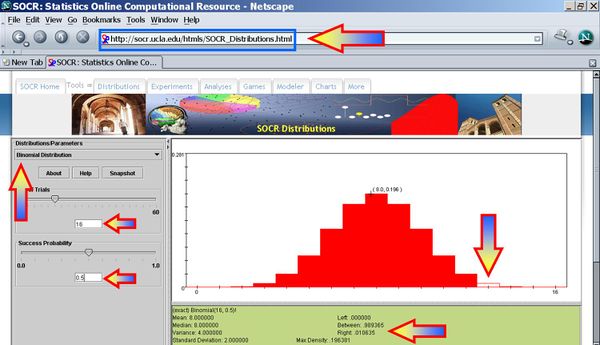 It is much quicker to use SOCR Analyses to compute the statistical significance of the sign test. This SOCR Sign test activity may also be helpful in understanding how to use the sign test method in SOCR. 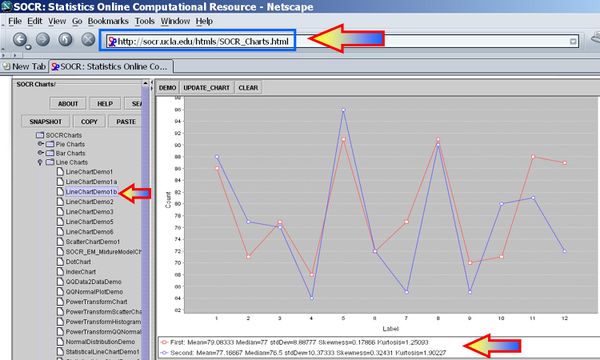 Next we can use the SOCR Sign Test Analysis to quantitatively evaluate the evidence to reject the null hypothesis that there is no birth-order effect on baby's aggressiveness. 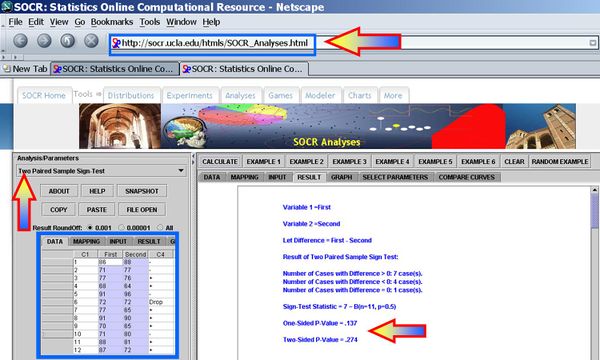 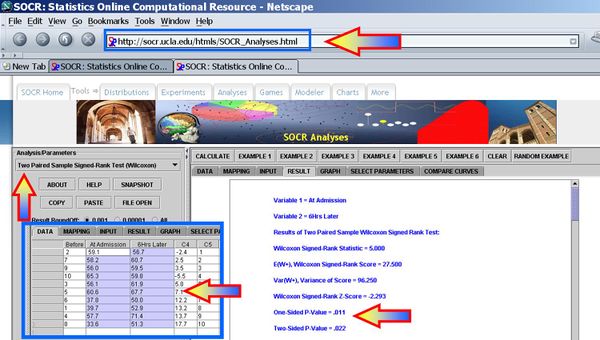 Clearly, we can reject the null-hypothesys at \(\alpha=0.05\), as the one- and two-sided alternative hypotheses p-values for the Wilcoxon signed rank test reported by the SOCR Analysis are respectively