The small sample sizes, and the lack of information about the distribution of each of the four samples, imply that ANOVA may not be appropriate for analyzing these data.

Since it is a non-parametric method, the Kruskal-Wallis test does not assume a normal population, unlike the analogous one-way ANOVA. However, the test does assume identically-shaped distributions for all groups, except for any difference in their centers (e.g., medians).

The null hypothesis of equal population medians would then be rejected if \(K \ge \chi^2_{\alpha: g-1}\). 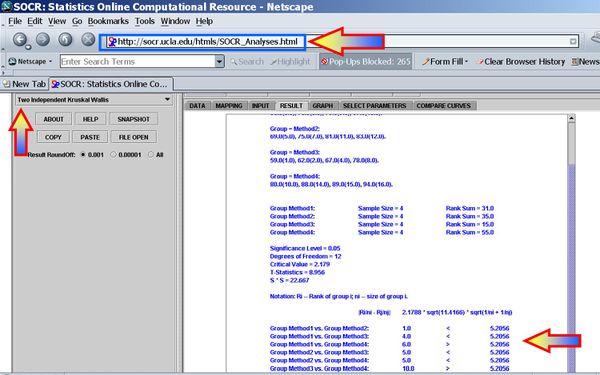 Clearly, there are significant differences between the group medians, even after the multiple testing correction, all groups appear different from each other.