In addition to being able to compute probability (p) values, we often need to estimate the critical values of the Normal distribution for a given p-value.

Suppose the amount of money college students spend each semester on textbooks is normally distributed with a mean of $195 and a standard deviation of $20. If we ask a random college students from this population how much he spent on books this semester, what is the maximum dollar amount that would guarantee she spends only as much as 30% of the population? (\(P(X<184.512)=0.3\)) 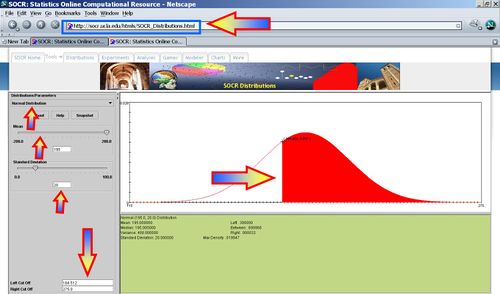