Experiment would be the natural way to implement a study and achieve the desired objectives. So the next question is how can these experiments and studies be realized, that is we need a blueprint for planning the study or experiment including ways to collect data and to control study parameters for accuracy and consistency. What are the key factors in a process? At what settings would the process deliver acceptable performance? What are the main and interaction effects in the process and what settings would bring out less variation in the output? Design of Experiment would be the answer to those questions. Experiments can be designed in many different ways to collect the information of which process inputs have a significant impact on the process output and what the target level of those inputs should be to achieve a desired output. There are four general problem areas in which design of experiment may be applied: 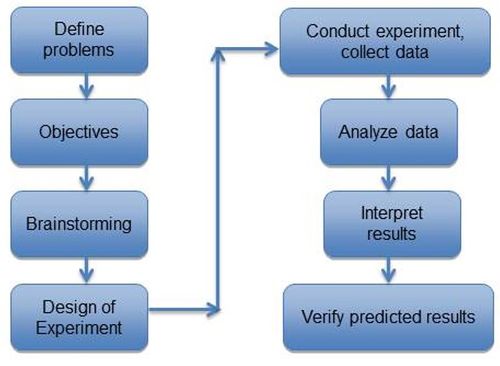