Go to the SOCR Experiment [[1]] and select the Chuck A Luck Experiment from the drop-down list of experiments on the top left. The image below shows the initial view of this experiment: 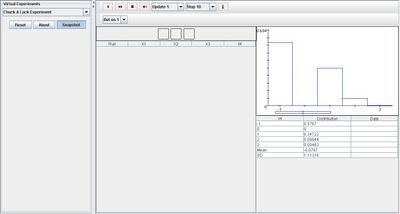 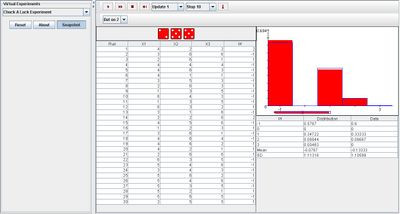