The Difference Chart usually displays two graphs on one chart with the area of the differences of the two graphs being shaded for easy comparison. It is often useful to distinguish one variable among two or more graphs.

Go to the SOCR Charts and select Miscellaneous from the items located on the left, then select Difference Chart Demo: 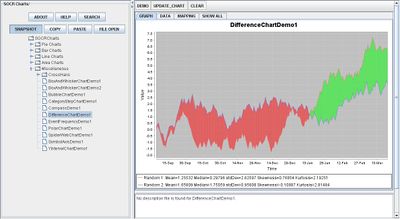 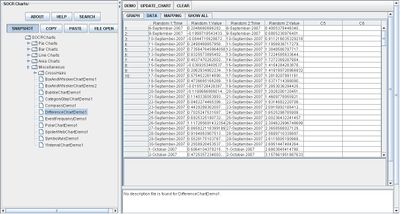 Researchers may utilize the Difference Chart whenever comparing two or more variables. Suppose that three products of dish washing liquid are being tested for most effective. After each test, the concentration of dirt is recorded. When updating every trial in their recordings, they may easily take note at which is more effective by noticing the differences among the three graphs that each represent one dish washing liquid.