Go to the SOCR Experiment [[1]] and select the Proportion Estimate Experiment from the drop-down list of experiments on the top left. The image below shows the initial view of this experiment: 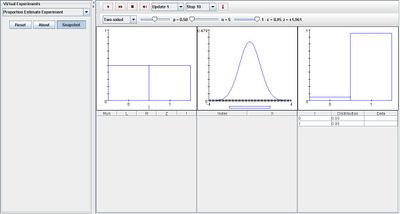 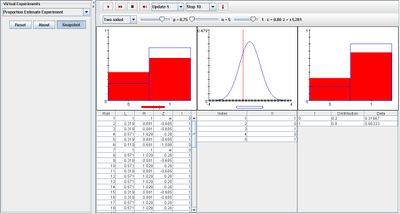 For the lower and upper bound selections in the list box, varying parameter p gives the same changes in the left and right graphs. The only difference is when increasing 1 – alpha, the varying spread will either be centered in the lower bound or upper bound, depending on the selection box. The image below illustrates this event when selecting upper bound: 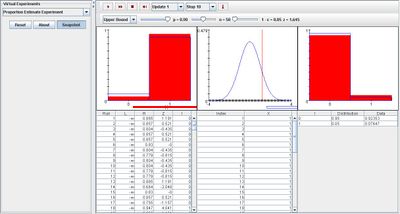 Note, whenever varying 1 – alpha, the data is unlikely to fall in the outer tails of the middle graph.

The Proportion Estimate Experiment is a simple simulation that demonstrates the differences of confidence intervals and theoretical estimates. It may be used in many different types of events such as: