One of seven different bets can be selected from the list box:

The Roulette Experiments provides a real-life simulation of the American Roulette game. It demonstrates the probabilities and outcomes for every trial under different conditions. By using this applet, users should be able to have a better understanding of the game, Roulette. 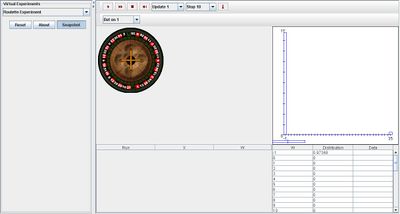 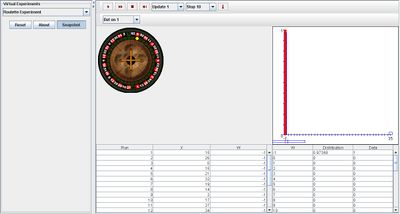 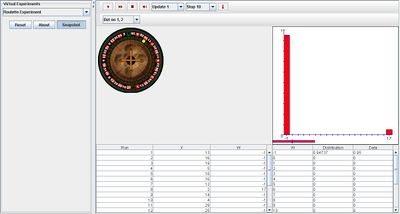 While going down the list box and selecting the specific bet, the first value on the x axis obtains a much higher proportion than the last value on the x axis for every distribution graph. But as the ratio of pay increases, the distribution graph begins to shift until Bet 1-18, in which the first and last values are equal. This is shown in the image below: 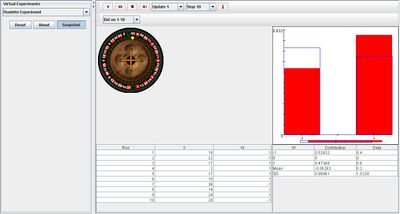 Since the distribution graph represents the chances of winning, users should understand that the lower the proportion value is on the right side of the graph, the lower their chances are of winning. That is why selecting Bet 1-18 has an equal chance of winning and losing with a graph illustrating equal values for -1, 1.

The Roulette Experiment is best applicable in gambling situations such as:

A gambler would like to illustrate the chances of winning in the American Roulette game.

A player wants to determine which of the Bets will give him the highest chance of winning after ten trials.