The data table below present the average frequencies of the 26 most common Latin letters for different languages. Letter frequenciess in text is studied in cryptography. There is no exact letter frequency distribution underlies a given language, since all writers write slightly differently. Modern International Morse code encodes the most frequent letters with the shortest symbols; arranging the Morse alphabet into groups of letters that require equal amounts of time to transmit, and then sorting these groups in increasing order. Similar ideas are used in modern data-compression techniques such as Huffman coding. 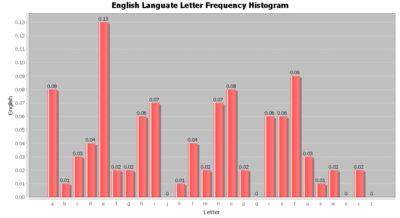