Cumulative density function: The exponential cumulative distribution function is given by

Expectation: The expected value of a exponential distributed random variable x is

Variance: The exponential variance is

Suppose you usually get 2 phone calls per hour. Compute the probability that a phone call will arrive within the next hour.

2 phone calls per hour means that we would expect one phone call every 1/2 hour so \(\lambda=0.5\). We can then compute this as follows: 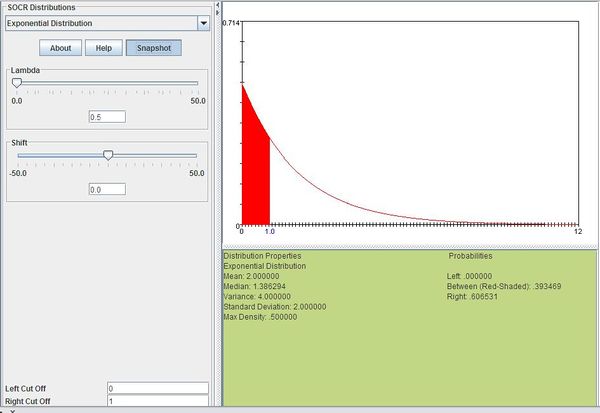