Go to the SOCR Experiments and select Bivariate Normal Experiment from the drop-down list of experiments located at the top left. The image below shows the initial view of this experiment: 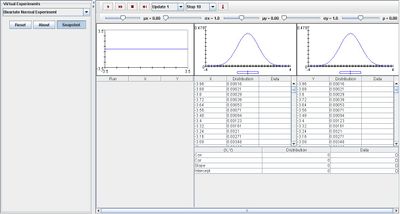 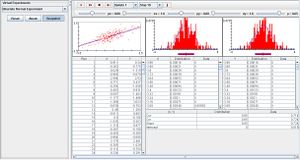 The SOCR Bivariate Normal Experiment may be used to demonstrate the notion of conditional probability.

For example, image below shows a simulation for \(\rho =0\), A={X<0} and B={Y<0}. By definition, the conditional probability P(A|B) = P(AB)/P(B), which can be experimentally validated to be = P(A). In this example we used a 20-point simulation and count the number of outcomes with the specified conditions: 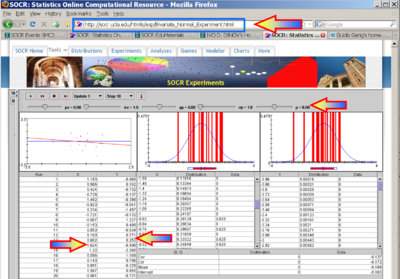