Description of the Game of Craps

In the game of craps, the shooter rolls a pair of fair die. The rules are as follows:

Any of the following bets can be selected from the list box:

While providing an accessible simple simulation demonstrating the game of Craps, the user will also obtain knowledge and a general understanding of probability and chance.

Go to the SOCR Experiments and select the Craps Experiment from the drop-down list of experiments on the top left. The image below shows the initial view of this experiment: 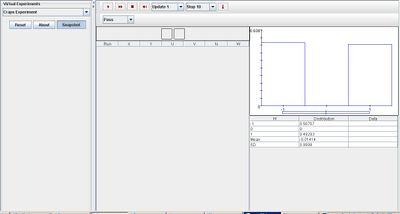 From the list box, when selecting any type of bet, the probability density function and moments of W will always have an equal or greater value of -1. The image below demonstrates this: 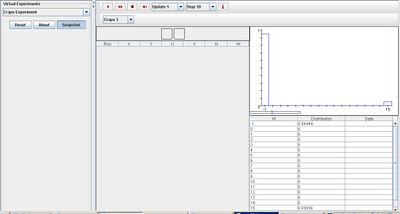 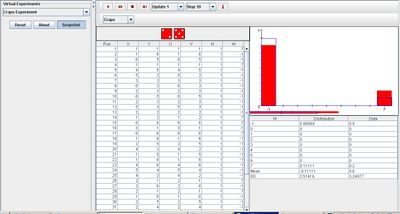 Notice that within the distribution table, the mean obtains a negative value at all times, also showing that the chances of the player to win is unlikely, despite the values of standard deviation.

The Craps Experiment is useful to the original casino game of Craps but it may also be used in other activities other than gambling. For example, utilizing this experiment in any event that suggest random sampling but in reality, the likelihood of a success is low compared to failure.