The Gamma Experiment consists of running a Poisson process until the k’th arrival. The arrivals are shown as red dots in the timeline. The density function of the k’th arrival Tk is shown in the graph box, and the moments are given in the distribution table. The arrival times are recorded in the update table. The parameters are the rate of the process r and the arrival number k, which can be varied with scroll bars.

Go to the SOCR Experiment [[1]] and select the Gamma Experiment from the drop-down list of experiments on the top left. The image below shows the initial view of this experiment: 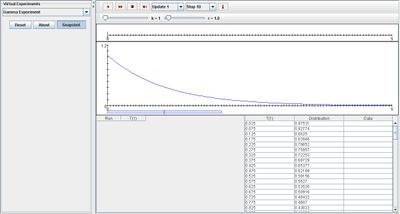 When varying k, the distribution graph in blue changes shape. Initially, it is skewed right, but once k increases, a peak begins to form and moves toward the right of the graph as it continues to increase. The maximum of k shows a peak in the middle of the distribution graph. Varying parameter r changes the values of the x and y axes. The image below displays this characteristic: 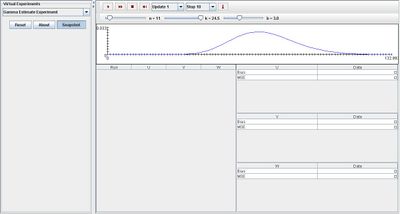 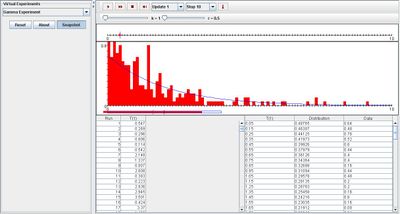 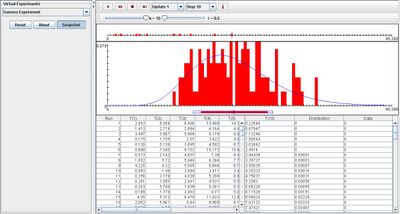 The Gamma Experiment is a general applet that demonstrates the basic properties of the Gamma Distribution. It is in a similar form to the Poisson process in which the probabilities of events are usually based on the time of the first success and the number of successes per time period. This simulation may be used in many different kinds of events such as: