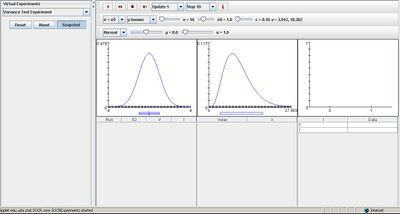 Notice that the larger the values are for the null standard deviation, alpha, or both, the larger the proportion is for value 1 in the last displayed image on the right. The figure below demonstrates this: 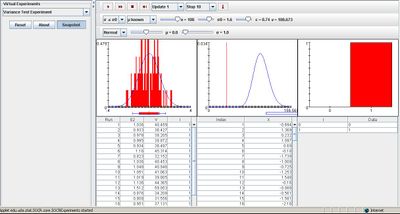 The Variance Test Experiment is a simple application that demonstrates hypothesis testing under different distribution situations. It may be used in many different activities such as:

Suppose rolling a fair die gives a consistent population outcome of six. Let the sample size be 100 rolls of the die. If the distribution is normal, using this applet can help illustrate the outcome of the experiment.

Suppose we want to test a variance gamma option pricing model between American and European style. By using this applet, conclusions may be drawn as the two options are compared and observed to approximate which market prices are better.