This SOCR Activity demonstrates the utilization of the SOCR Analyses package for statistical Computing. In particular, it shows how to use Simple Linear Regression and how to interpret the results.

The goal of the Logistic Regression computing procedure is to estimate the probability of success of the dependent variable given the observed independent variables. Its purpose will become clear as we start our explanation from the logistic function\[f(z)=\frac{e^{z}}{e^{z}+1}=\frac{1}{1+e^{-z}}\], where \(z=B_0+B_1 x_1+B_2 x_2+\cdots+B_n x_n\).

In this activity, the students can learn about:

We will demonstrate Logistic Regression with some SOCR built-in example. This example is based on a dataset from neuroimaging study of childhood-onset schizophrenia. The goals of the study were to identify associations and relationships between neuroimaging biomarkers and various subject demographics and traits. 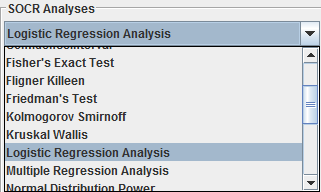 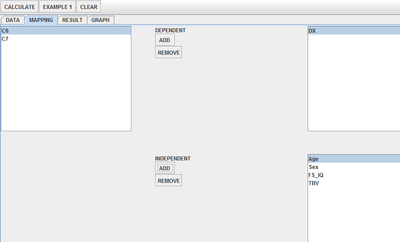 The text in the Result Panel summarizes the results of this Logistic regression analysis. At this point, you can think about how the dependent variable changes, on average, in response to changes of the independent variable. In this particular example, we see that TBV (total brain volume) has no influence on the subject diagnosis (as the coefficient associated with TBV is zero), whereas the subject’s sex contribute the most to his/her probability of being diagnosed with schizophrenia (because the absolute value of the coefficient associated with the variable Sex is the largest). Moreover, the regression model tells us that a 15 year old male subject with Age = 15, Sex = 1, FS_IQ = 90, TBV = 1400000(\(mm^3\)) would have a probability of 13.86% of being diagnosed with schizophrenia (the value of Z in the model after calculation). 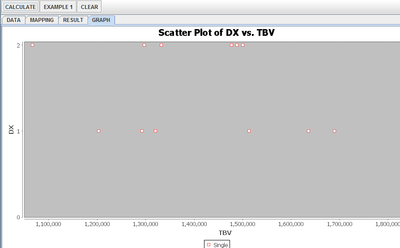 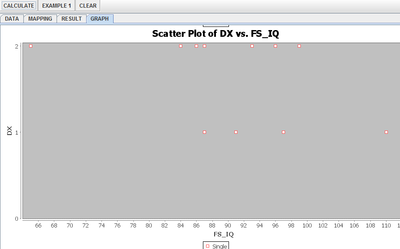 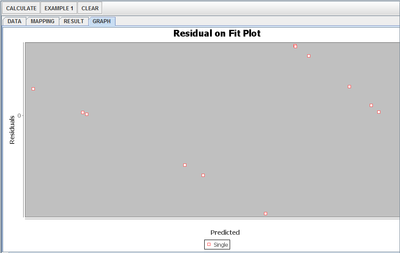 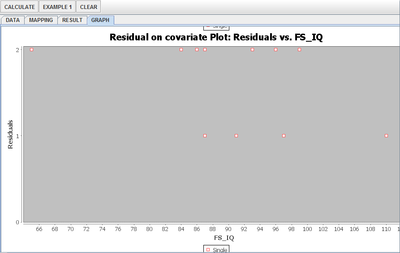 Note: If you happen to click on the "Clear" button in the middle of the procedure, all the data will be cleared out. Simply start over from step 1 and click on an EXAMPLE button for the data you want.