This SOCR Activity demonstrates the utilization of the SOCR Analyses package for statistical Computing. In particular, it shows how to use Principal Component Analysis (PCA) and how to read the output results.

Principal Component Analysis is a mathematical procedure that transforms a number of possibly correlated variables into a fewer number of uncorrelated variables through a process known as orthogonal transformation. The resulting uncorrelated variables are called principal components. The first principal component accounts for as much of the variability in the data as possible, and each succeeding component accounts for the remaining variability. PCA is a useful statistical technique that has found application many fields, including computer networks and image processing, and is a powerful method for finding patterns high-dimension dataset.

1. We begin by obtaining a dataset that contains at least two dimensions (variables). The dataset can contain as many observations (dimensions) as possible.
2. After obtaining the original dataset, Step 2 is to normalize the observations for each variable. To do this, simply subtract the mean (average) from each observation in a given variable. For example, let X and Y be the two variables from the original dataset, with variable X containing observations \(X_1, X_2, X_3, \cdots , X_n \), and variable Y containing observations \(Y_1, Y_2, Y_3, \cdots , Y_n\). Let \(\bar{X}\) be the average of the n X observations, i.e., \(\bar{X} = \frac{X_1+ X_2+ X_3+ \cdots +X_n}{n}\), and similarly let \(\bar{Y}\) be the average of the Y observations. Then the normalized dataset would be:

What do we mean by “significant”?

The principal components (i.e., Eigenvectors) are significant in the sense that they capture the most variability in the original dataset. Thus if we only take the first n Eigenvectors out of a dataset of dimension m, we’ve essentially compressed the dataset without losing too much information – and this is the fundamental idea behind Principal Component Analysis.

In this activity, the students can learn about:

We will demonstrate Principal Component Analysis with with some SOCR built-in example. This example is based on a dataset from the statistical program "R." For more information of the R program, please see CRAN Home Page. The dataset used here is "road" under R's "MASS" library. The dataset describes road accident deaths in US States. There are 6 variables: deaths for number of death, drivers for number of drivers (in 10,000s), popden for population density in people per square mile, rural for length of rural roads, in 1000s of miles, temp for average daily maximum temperature in January, fuel for fuel consumption in 10,000,000 US gallons per year.

As you start the SOCR Analyses Applet, click on "Principal Component Analysis " from the combo box in the left panel. Here's what the screen should look like. 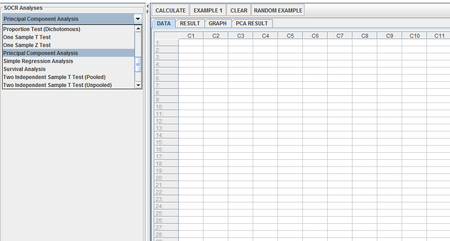 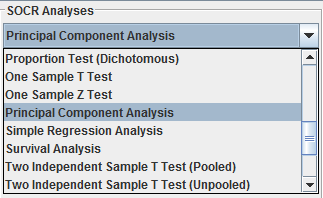 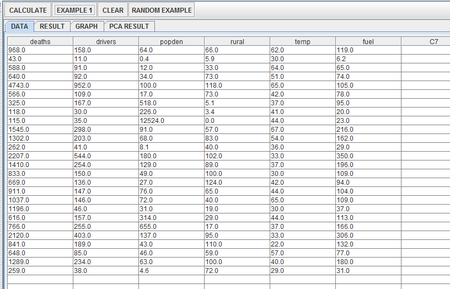 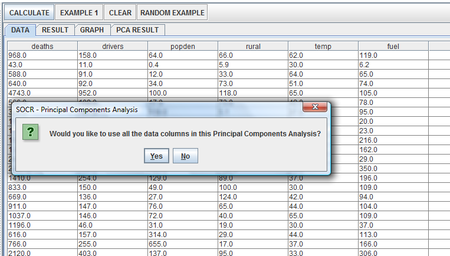 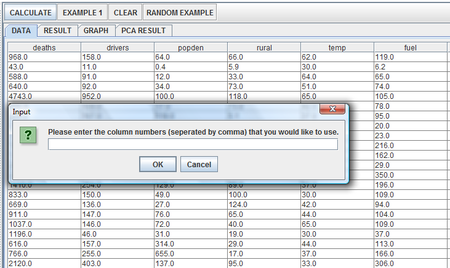 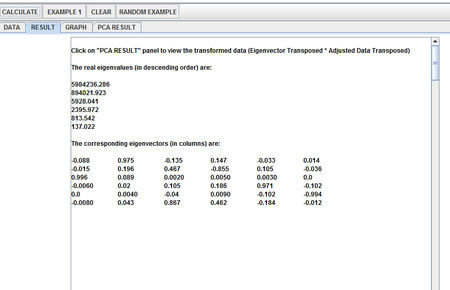 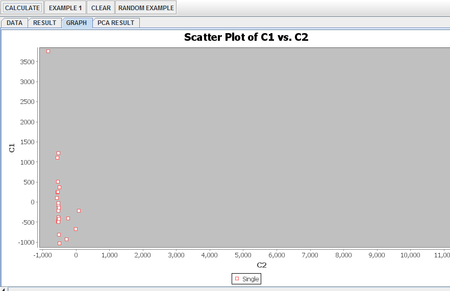 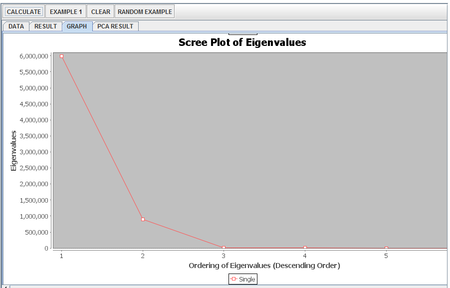 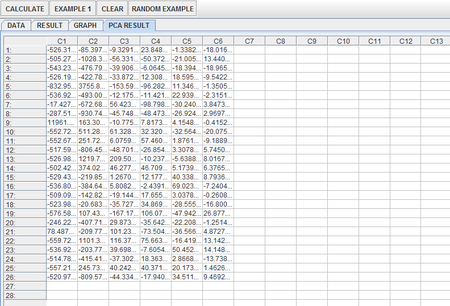