If the samples are independent and we are interested in the differences in the proportions of subjects of the same trait (a characteristic of each observation, e.g., gender) we need to use the standard proportion tests

Differences of Proportions of Two Paired-Samples

If the samples are paired, then we can employ the McNemar's non-parametric test for differences in proportions in matched pair samples. It is most often used when the observed variable is a dichotomous variable (presence or absence of a trait/characteristic for each observation).

Suppose a medical doctor is interested in determining the effect of a drug on a particular disease (D). Suppose the doctor conducts a study and records the frequencies of incidence of the disease (\(D^+\) and \(D^-\)) in a random population before the treatment with the new drug takes place. Then the doctor prescribes the treatment to all subjects and records the incidence of the disease in the rows following the treatment. The test requires the same subjects to be included in the before- and after-treatment measurements (matched pairs).

Marginal homogeneity occurs when the row totals equal to the column totals, a and d in each equation can be cancelled; leaving b equal to c:

In this example, marginal homogeneity would mean there was no effect of the treatment.

The marginal frequencies are not homogeneous if the \(\chi^2\) result is significant p < 0.05. If b and/or c are small (b + c < 20) then \(\chi^2\) is not approximated by the Chi-Square Distribution and a Sign Test should instead be used.

An interesting observation when interpreting McNemar's test is that the elements of the main diagonal contribute no information whatsoever to the decision if (in the above example) pre- or post-treatment condition is more favorable.

General McNemar test of marginal homogeneity for a single category

If we have observed measurements on a K-level categorical variable -- e.g., agreement between two evaluators summarized by a K×K classification table, where each row or column contains the number of individuals rated as part of this group by each evaluator. For instance, two instructors may evaluate students as 1=poor, 2=good and 3=excellent. There could be significant differences in the evaluations of the same students by the 2 instructors. Suppose we are interested in whether the proportions of students rated excellent by the 2 instructors are the same. Then we'll pool the poor and good categories together and form a 2x2 table that we can then use the 2x2 McNemar test statistics on, as shown below. 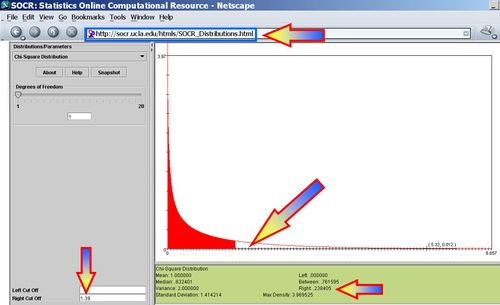