The mean and variance of the hypergeometric distribution have the following closed forms: 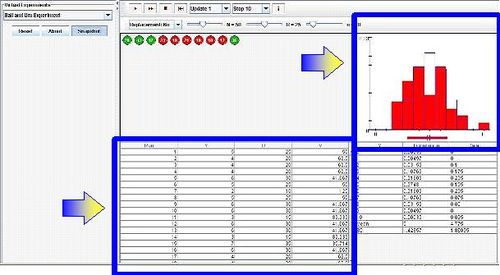 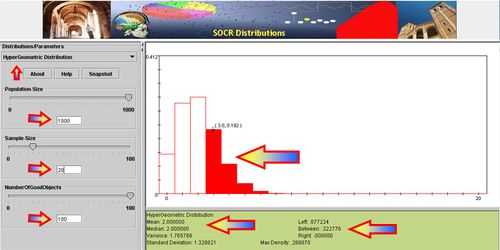 X=Trial index (n) of the rth success, or Total # of experiments (n) to get r successes

Y = Number of failures (k) to get r successes

In other words, what's the probability mass function that the last 6th state she succeeds to secure all electoral votes happens to be at the nth state she campaigns in?

NegBin(r, p) distribution describes the probability of k failures and r successes in n=k+r Bernoulli(p) trials with success on the last trial. Looking to secure the electoral votes for 6 states means Jane needs to get 6 successes before she (and her candidate) is happy. The number of trials (i.e., states visited) needed is n=k+6. The random variable we are interested in is X={number of states visited to achieve 6 successes (secure all electoral votes within these states)}. So, n = k+6, and \(X\sim NegBin(r=6, p=0.3)\). Thus, for \(n \geq 6\), the mass function (giving the probabilities that Jane will visit n states before her ultimate success is: 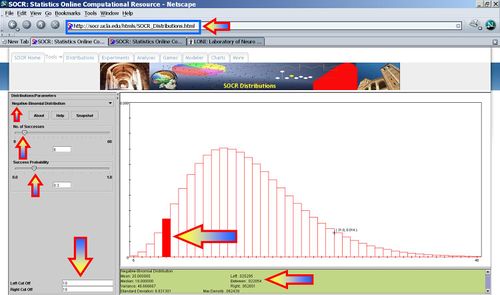 What's the probability that Jane covers all 50 states but fails to get all electoral votes in any 6 states (as she had hoped for)? 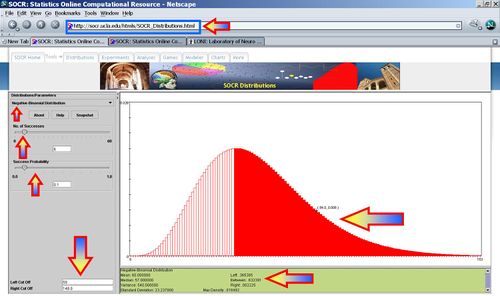 The central limit theorem provides the foundation for approximation of negative binomial distribution by Normal distribution. Each negative binomial random variable, \(V_k \sim NB(k,p)\), may be expressed as a sum of k independent, identically distributed (geometric) random variables \(\{X_i\}\), i.e., \( V_k = \sum_{i=1}^k{X_i}\), where \( X_i \sim Geometric(p)\). In various scientific applications, given a large k, the distribution of \(V_k\) is approximately normal with mean and variance given by \(\mu=k\frac{1}{p}\) and \(\sigma^2=k\frac{1-p}{p^2}\), as \(k \longrightarrow \infty\). Depending on the parameter p, k may need to be rather large for the approximation to work well. Also, when using the normal approximation, we should remember to use the continuity correction, since the negative binomial and Normal distributions are discrete and continuous, respectively. 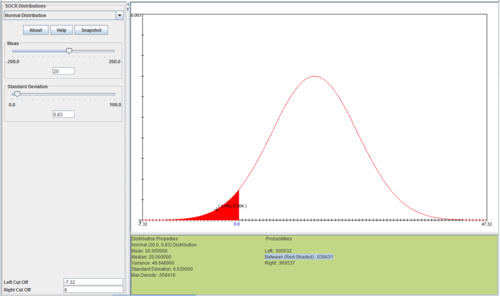 The probabilities of the real Negative Binomial and approximate Normal distributions (on the range [2:4]) are not identical but are sufficiently close.

X=Total # of experiments (n) to get r successes (and therefore n-r failures);

The Probability Theory Chapter of the EBook shows the following example using 400 Melanoma (skin cancer) Patients where the Type and Site of the cancer are recorded for each subject, as shown in the Table below.

The sites (locations) of the cancer may be independent, but there may be positive dependencies of the type of cancer for a given location (site). For example, localized exposure to radiation implies that elevated level of one type of cancer (at a given location) may indicate higher level of another cancer type at the same location. We want to use the Negative Multinomial distribution to model the sites cancer rates and try to measure some of the cancer type dependencies within each location.

Different columns (sites) are considered to be different instances of the random negative-multinomially distributed vector, X. Then we have the following estimates:

You can also use the interactive SOCR negative multinomial distribution calculator to compute these quantities, as shown on the figure below.

Notice that the pair-wise NMD correlations are always positive, where as the correlations between multinomail counts are always negative. Also note that as the parameter \(k_0\) increases, the paired correlations go to zero! Thus, for large \(k_0\), the Negative Multinomial counts \(X_i\) behave as independent Poisson random variables with respect to their means \(\left ( \mu_i= k_0\frac{p_i}{p_0}\right )\).

The MLE estimates of the NMD mean parameters \(\mu_j\) are easy to compute.

If we have a single observation vector \(\{x_1, \cdots,x_m\}\), then \(\hat{\mu}_i=x_i.\)
If we have several observation vectors, like in this case we have the cancer type frequencies for 3 different sites, then the MLE estimates of the mean counts are \(\hat{\mu}_j=\frac{x_{j,.}}{I}\), where \(0\leq j \leq J\) is the cancer-type index and the summation is over the number of observed (sampled) vectors (I).
For the cancer data above, we have the following MLE estimates for the expectations for the frequency counts:

There is no MLE for the \(k_0\) parameter; however, there is a protocol for estimating \(k_0\) using the chi-squared goodness of fit statistic. In the usual chi-squared statistic:

Now we can derive a simple method for estimating the \(k_0\) parameter by varying the values of \(k_0\) in the expression \(\Chi^2(k_0)\) and matching the values of this statistic with the corresponding asymptotic chi-squared distribution. The following protocol summarizes these steps using the cancer data above:

Notice that in this calculation, we explicitly used the complete cancer data table, not only the sample \(x=\{x_1=5,x_2=1,x_3=5\}\), as we need multiple samples (multiple sites or columns) to estimate the \(k_0\) parameter.